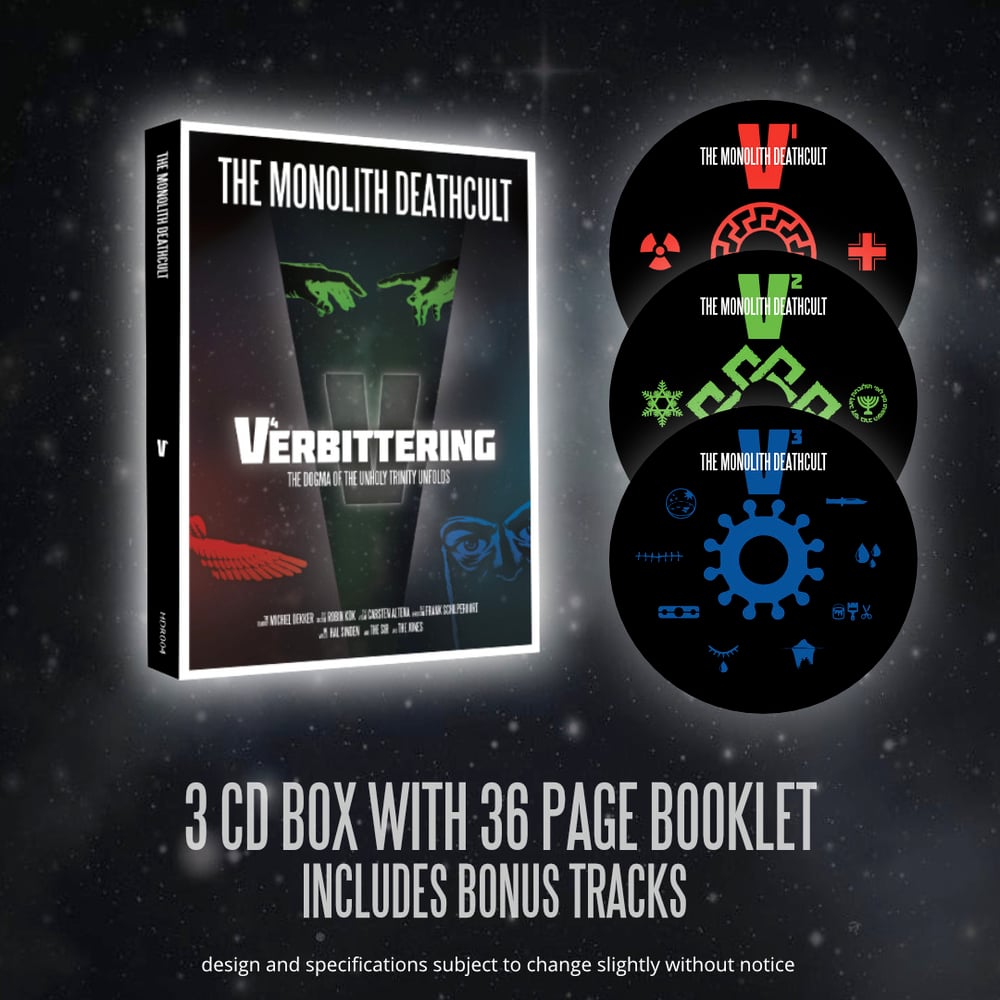 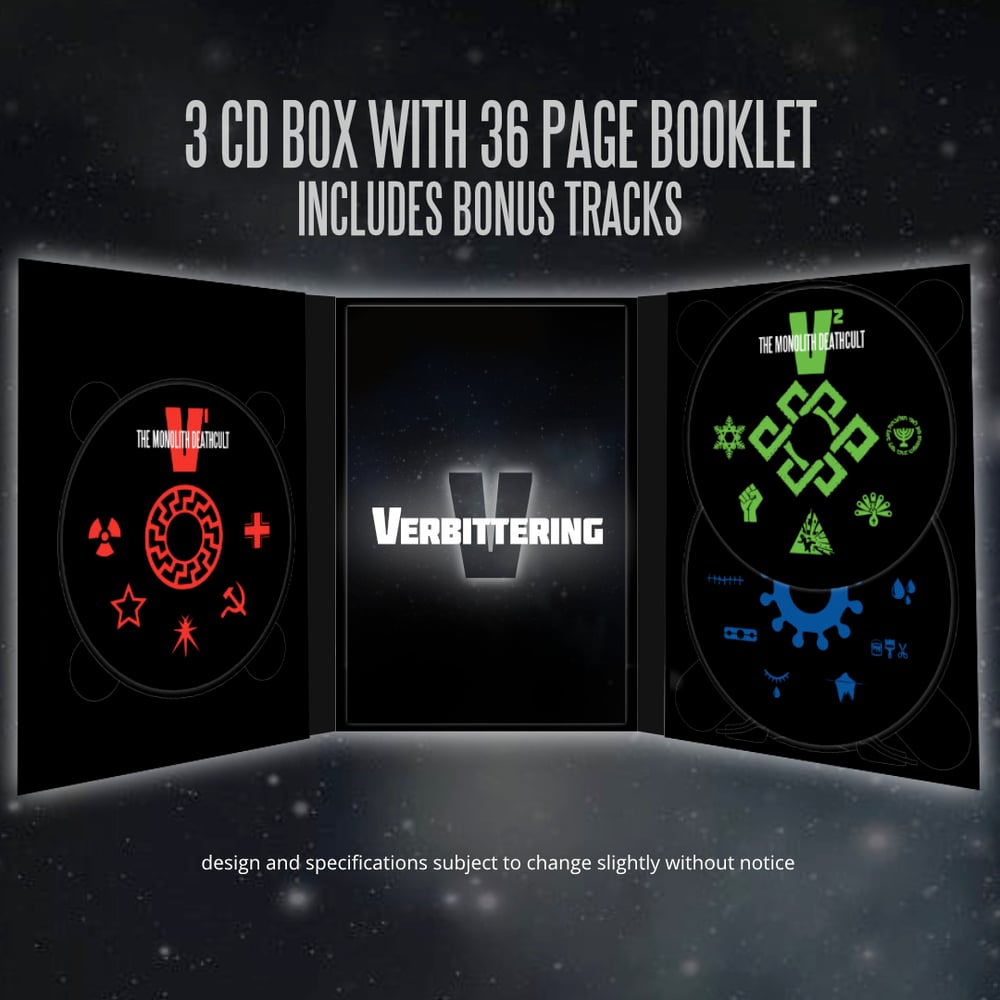 "In the end the Deathcult would announce that V1 and V2 and V3 made V4, and you would have to believe it. It was inevitable that they should make that claim sooner or later: the logic of their position demanded it."

Yes, in this age of QR-codes and diminishing standards in toilet paper quality we bring you our own special brand of Orwellian arithmetic, just to thinly veil the fact that this product is an unashamed cash grab. We made a box set of all the three V-albums!

The three V-albums presented as they were originally intended: as a triptych, a collection of three complementary albums. This box set contains all V-albums and bonus tracks, with a 36 page booklet.

The original, individual V1 - Versvs, V2 - Vergelding and V3 - Vernedering are (almost) sold out and will never be reprinted as individual albums.